Get fresh music recommendations delivered to your inbox every Friday.
We've updated our Terms of Use. You can review the changes here.

The Loneliest Man in the Universe 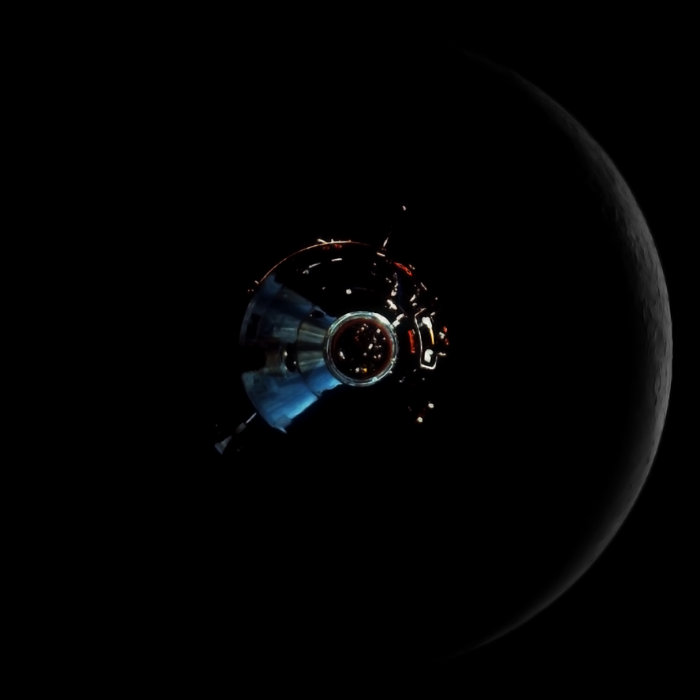 I've long felt that the pinnacle of human achievement took place in July of 1969, culminating with Apollo 11's mission to the moon and back.

Perhaps seemingly unrelated, as a recording artist and songwriter, my lodestars are members of a group responsible for making record albums. For example: Paul McCartney may have written a good song, but the Beatles helped refine the performance, George Martin helped arrange it, Geoff Emerick engineered the recording et al. I study the recording techniques, and also enjoy the artisanship of the equipment they used and their design. Revolver is a good example of such an assembly of crew, technology, and effort.

As an engineer and scientist, my archetypes [some might say heroes] are the team responsible for the lunar landing. Folks are likely to know who Neal Armstrong was, but amongst the 300,000 workers who contributed, I've become a fan of men like: Gene Kranz (Chief Flight Director), Bill Tindall (Aerospace Engineer ), and perhaps the least sung astronaut of the Apollo 11 mission, Michael Collins.

While the world's headlines in the summer of '69 were mostly about landing, another profound occurrence was quietly happening when Micheal Collins flew around the far-side of the moon -completely on his own, becoming the furthest any solitary human had ever been. I find it orphic that Mike was completely cut off from all communication to all mankind during this event. I've always enjoyed the playful misnomer: "The Loneliest Man in the Universe"; it's been on my "song ideas list" for years.

The only "non musical instrument" hanging on the walls of my garden-shed recording studio, is a framed autographed photo of the 3 Apollo 11 astronauts along with the mission patch, and a replica of the placard which was mounted to one of the legs of the lunar module. It is with respect that I recorded "The Loneliest Man in the Universe" nearly 51 years after the event that inspires me so.

"The Loneliest Man in the Universe" was written and recorded in my garden-shed studio, June of 2020.

a quarter million miles from home
so dark and quiet
it’s you, your wit, that's it, within
[your] metallic island
columbia come come back
we can't read you
we’re not receiving telemetry
the stars, the sun, the moon, and you
were never really lonely now as it seems

The word ‘maverick’ gets thrown around a lot; politicians, cowboys, designers and others have all been labeled as such when a soul sets itself apart from the mean in order to find out what is truly possible. Singer/songwriter Brad Peterson exemplifies the ethos of the independent, intrepid musician better than almost anyone. ... more

Bandcamp Daily  your guide to the world of Bandcamp

sndtrak stops by with an Album of the Day Feature of his most recent release, FLIPS V1: Triple Lindy